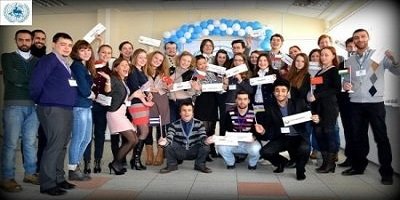 UNN has a close collaboration with the Nizhny Novgorod Scientific Centre of Russian Academy of Sciences (NNSC RAS). State University is a member of the European University Association (EUA).

The big advantage of Lobachevsky State University of Nizhny Nogrorod is that it has its own infrastructure. Most faculties, administrative buildings, research institutes, sports facilities, dormitories and the main building of UNN Fundamental Library are situated on campus. UNN campus is located in the upper part of the city, on 23 Gagarin Avenue.

International students live in a comfortable dormitory, which is situated on the UNN campus in immediate neighbourhood of the city centre. International students live in 3-bedded rooms, equipped with the necessary furniture and bedding. All rooms in the student dormitory have Internet access points. Lavatories, washrooms and kitchens are located on each floor. There are also classrooms on each floor of the student dormitory. There is also a student canteen, grocery stores, banks and a sport complex nearby. Round-the-clock security is provided for maximum safety of the students. Standard accommodation costs 10.000 roubles per semester.